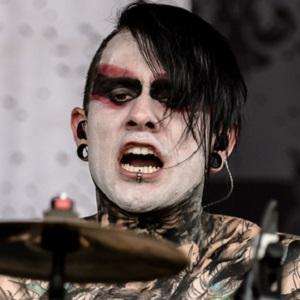 Former drummer for the American metal band Motionless in White between 2013 and 2014.

He previously played in a band called The Witch Was Right before replacing Angelo Parente as the drummer in MIW on April 23, 2013.

He has a clothing line called Rage Apparel.

He is from Orange County, California and goes by the nickname Brandon Rage Richter.

He left MIW on good terms and was replaced by Vinny Mauro as the band's drummer.

Brandon Richter Is A Member Of