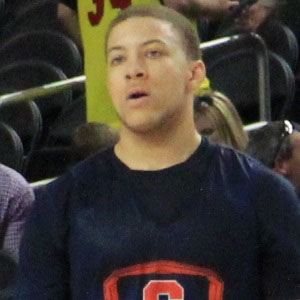 Professional basketball player best known for his time as a star at Syracuse University and as a member of the Italian League team Virtus Roma. At Syracuse, he became the first player in the school's history to win 120 games as a starter.

He attended Jamesville-DeWitt High School, where he was named co-Mr. New York Basketball in 2009.

He was the cover athlete for Sports Illustrated's college basketball preview in 2012.

He has brothers named Michael and Melvin.

He and future NBA player Lance Stephenson shared the title of Mr. New York Basketball in 2009.

Brandon Triche Is A Member Of