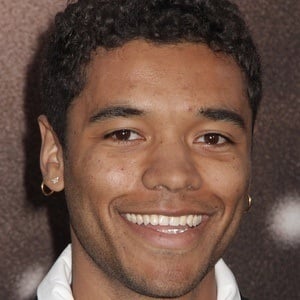 Actor who is best recognized for his feature film roles including as the voice of Pele in the 2016 film Pele: Birth of a Legend. He is also known for his performance as Brandon in the 2020 feature film The Way Back.

He first started his acting career in 2002 when he made his debut as Mason Taylorson on The Kudzu Christmas special. He gained further attention in 2009 when he made his feature film debut in Set Apart.

He has appeared as a guest on several popular television shows including Good Morning America and The Nick & Jessica Variety Hour.

He starred alongside Gugu Mbatha-Raw and Nate Parker in the 2014 feature film Beyond the Lights.

Brandon Wilson Is A Member Of

Beyond the Lights
The Way Back
28 Year Olds
Movie Actors