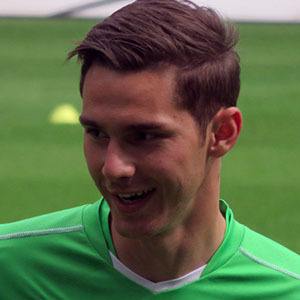 He is known for having been honored as the Superettan Top Goalscorer during the 2011 season.

He was born and raised in Zenica, Bosnia and Herzegovina.

Other players for the Swedish national team also known for having played as a striker include John Guidetti and Marcus Berg.

Branimir Hrgota Is A Member Of