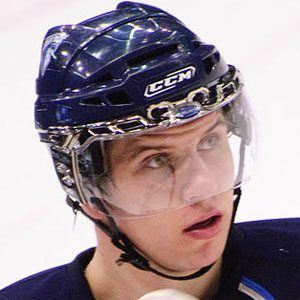 Fifth overall pick of the Los Angeles Kings in the 2009 draft who made his NHL debut that same year. He was traded to the Philadelphia Flyers in 2011 and later went to the St. Louis Blues in 2017. He won the 2019 Stanley Cup Championship with the Blues.

He played with the Brandon Wheat Kings of the Wester Hockey League before being drafted.

He has played for the Canadian national team and he won a gold medal at the 2015 World Championships.

He has two younger sisters, Madison and Macy. He and his older brother Luke Schenn played together on the Flyers.

He was part of the trade in 2011 that sent Mike Richards to the Los Angeles Kings.

Brayden Schenn Is A Member Of