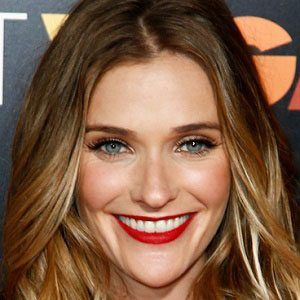 Actress most well known for her recurring roles on the television shows What About Brian, The Unit, Make It or Break It, and We Are Men. She is also known for her film roles in The Baby-Sitters Club and Last Vegas.

When she was only eleven years old, she made her uncredited screen debut in the made-for-TV movie Intruders.

She guest-starred in episodes of numerous television series, including Nip/Tuck, Love, Inc., and Psych.

Born Sarah Brianne Blair, she spent her youth in Canada.

She and Sam Trammell were both cast in major roles in the 2015 film The Track.

Bre Blair Is A Member Of