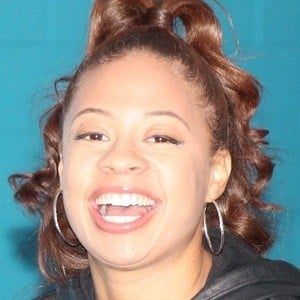 Rapper who became an acclaimed voice in the world of Christian hip-hop, winning the ITM Female Hip-Hop Artist of the Year Award in 2008, 2009 and 2011. Some of her most popular songs include "I Got It," "Do Something" and "All God."

She graduated from Grand Canyon University in 2017.

She is deeply religious and has ministered to military audiences at Fort Lee, Fort Monroe, and Fort Eustis.

She was born into a military family.

She performed on The Bobby Jones Gospel Show in 2011. She has worked with such artists as Derek Minor and MC Jin.

Brea Miles Is A Member Of