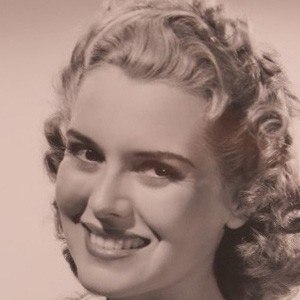 American film actress who starred in many B-movies during the 1940s.

She made her acting debut in the 1939 film The Rains Came.

She portrayed Jane in the 1945 film Tarzan and the Amazons.

She appeared in The Rains Came, which starred actress Myrna Loy in the lead role.

Brenda Joyce Is A Member Of