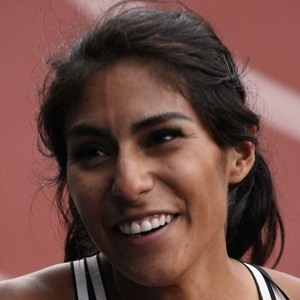 American middle-distance runner who won gold at the New Balance Indoor Grand Prix in Boston in 2015. Her time in the distance medley relay, 10:42.57, was a new world record.

She graduated from Rancho Cucamonga High School in 2005. She later ran for the University of California, Riverside.

She made her Team USA debut at the World Indoor Championships in Istanbul, Turkey in 2012.

She and Shalane Flanagan were both chosen to represent Team USA at the 2016 Summer Olympics.

Brenda Martinez Is A Member Of