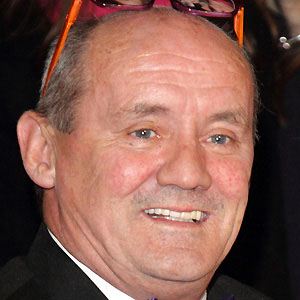 Irish comedian who became internationally known for his matriarchal character, Agnes Brown, in Mrs. Brown's Boys. In 2013, he starred in ITV's The Security Men.

He worked many different jobs after he dropped out of school at age 12, including waiter, DJ, and milkman. He made his film debut in the 1996 film The Van.

He authored several novels, including The Mammy, The Chisellers, and The Young Wan.

His mother, Maureen, was in politics, while his father, Gerard, was a carpenter. His sister Eilish has appeared on Mrs. Brown's Boys. In 1977, he married his childhood sweetheart Doreen, whom he had four children with: Fiona, Danny, Eric and Brendan Jr. They separated in 1999, and he married his second wife, Jennifer Gibney, in 2005.

He appeared in Sweety Barret with Brendan Gleeson.

Brendan O'Carroll Is A Member Of