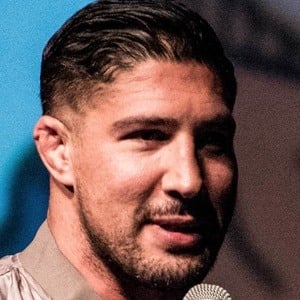 Heavyweight MMA fighter who placed second on The Ultimate Fighter: Heavyweights. He was the first heavyweight to finish a UFC match via d'arce choke.

He played in the Arena Football League after graduating from the University of Colorado.

He went undefeated in his first four bouts, winning all by way of knockout.

He has been romantically linked to actress Andrea Thompson.

He competed on Spike TV's The Ultimate Fighter: Heavyweights with Kimbo Slice.

Brendan Schaub Is A Member Of