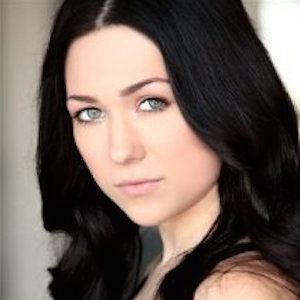 Known best for her contributions to the anime series Inuyasha and the animated and live-action show Zixx: Level Three, O'Brien also appeared in episodes of Psych, Life Unexpected, and R.L. Stine's The Haunting Hour.

She first voiced the character of Rin in the Inuyasha series in 2001, when she was ten years old.

In 2014, she played the role of Cecily in an episode of The CW's Supernatural.

She was born and raised in Brampton, Ontario, Canada.

She played Jason Priestley's daughter in the series Masters of Horror.

Brenna O'Brien Is A Member Of