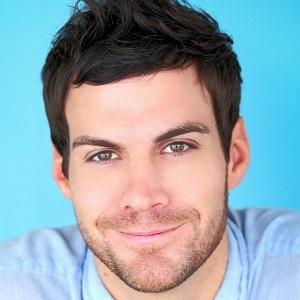 Film, TV and commercial actor who landed roles in the feature films Going Down in La-la-land, Crimson Winter, Republic of Two and Sony's surprise box-office hit Think Like A Man.

He began his acting career in 2005 and joined SAG three months later. He was first seen in the hit music video "Take Me There" by the Rascal Flatts. He would go on to land multiple national commercials, short films and music videos, including his first network TV role in 2007 on NBC's Life.

He filmed national commercials directed by Doug Liman, perhaps most well known as the director of The Bourne Identity, and Antoine Fuqua, director of Training Day.

Born in Tucson, Arizona, he graduated from Desert Mountain High School in 2001 and went on to attend DeVry University in Arizona where he earned a Bachelor's Degree in computer science and a Master's in business. He then moved to Los Angeles.

He appeared on Showtime's Californication alongside David Duchovny.

Brent Bailey Is A Member Of