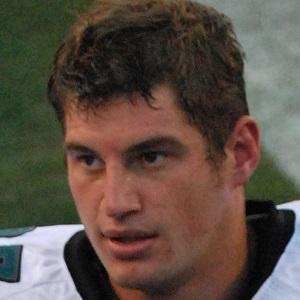 NFL tight end who was drafted by the Philadelphia Eagles in 2007 and became the team's starting tight end in 2009.

He was named to the second-team All-Big East Conference while playing for the University of Cincinnati.

He married Susie Johnsen. He grew up in Cincinnati, Ohio with his brother Garrett, who also found success as a football player.

He became teammates with quarterback Michael Vick when Vick signed with the Eagles in 2009.

Brent Celek Is A Member Of