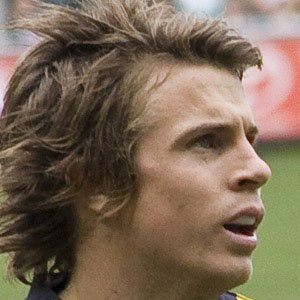 Australian rules footballer who was taken by Richmond with the first overall pick in the 2004 AFL Draft. He went on to win the 2008 AFL Army Award and made his first All-Australian team in 2012.

He was an excellent cricket and soccer player before winning the Kevin Sheehan Medal as the best player at the national under-16 championships.

In December 2011, he became the youngest life member in Richmond Tigers history.

He married Katie Chivers in October 2012.

He has played alongside Trent Cotchin at Richmond.

Brett Deledio Is A Member Of