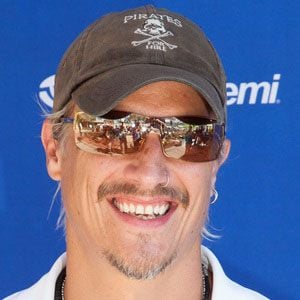 American musician who has been the lead vocalist for the rock band World Fire Brigade and for the post-grunge band Fuel.

He originally formed the band Fuel in 1993.

He left Fuel for personal reasons, not because he had a torn ligament in his throat, as rumors had said.

He married Abby Gennet, the guitarist and lead singer of the band Slunt.

He and Chris Barnes are both successful heavy metal singers.

Brett Scallions Is A Member Of