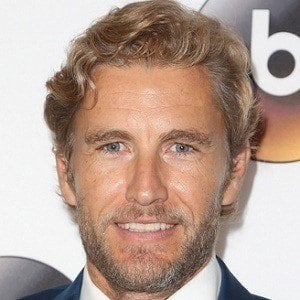 Australian actor most famous for his many television roles, including Dave Brewer on McLeod's Daughters and Harry Davis on Mistresses. He also starred in The Saddle Club from 2001 until 2009. In film, he can be seen in films like 2005's The Great Raid and 2013's Thor: The Dark World.

He grew up in Yarra Valley and the National Theatre in Melbourne. He made his screen acting debut in a 1996 episode of the series Snowy River: The McGregor Saga.

He served as an apprentice to a real veterinarian for his role as Dave Brewer on McLeod's Daughters.

His parents are Janice and Ken Tuckers. He has siblings named Nicky, Mark and David.

He has co-starred with former Charmed actress Alyssa Milano on Mistresses.

Brett Tucker Is A Member Of