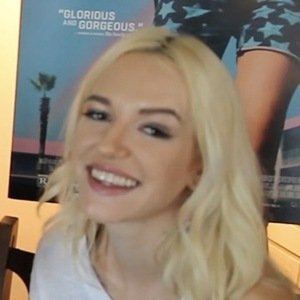 Actress, model, and Instagram star who is best known for her role in the 2017 film The Florida Project.

She was scouted by director Sean Baker who cast her in his film after finding her on Instagram.

She attended the premiere for the film at the Toronto International Film Festival in 2017.

She was born in Lithuania and relocated to Brooklyn at around six or seven years old.

As a star in the film The Florida Project, she stars alongside Willem Dafoe and Caleb Landry Jones.

Bria Vinaite Is A Member Of