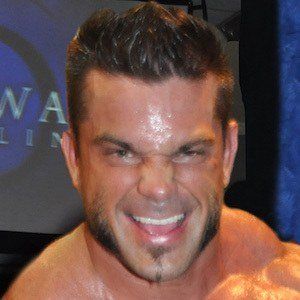 American professional wrestler and body builder who has performed for the Southern California-based promotion Pro Wrestling Guerrilla. He has appeared for Total Nonstop Action Wrestling as well.

He started his own wrestling federation in 2004 called Main-Event Wrestling Federation.

He also wrestled using the name Kris Logan while at Florida Championship Wrestling.

He was born and raised in Chico, California. He proposed to Melissa Santos in the wrestling ring in December 2018. The couple got married the following year.

He and Fandango both wrestled in the WWE.

Brian Cage Is A Member Of