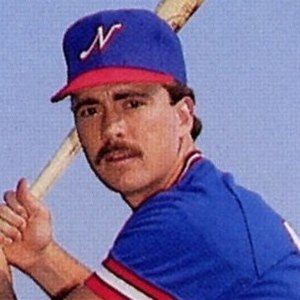 Catcher who played 16 years in the big leagues and compiled a .295 lifetime batting average playing for several teams, including six seasons with the Minnesota Twins.

He was born and raised in San Pedro, California.

All-Star shortstop Alan Trammell was his teammate on the Detroit Tigers.

Brian Harper Is A Member Of