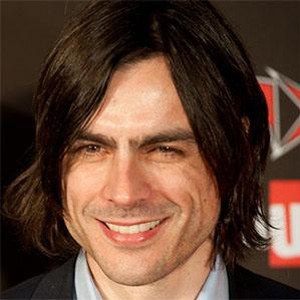 Guitarist, songwriter, and backing vocalist who has performed with the alternative rock band Weezer. He has been a member of Weezer since their debut album. He has since worked on over 15 albums with the band.

He was not allowed to take guitar lessons until he was a teenager because his mom did not believe he would practice.

In 2007, he started a side project called The Relationship. He also worked with the band Space Twins on several projects.

Born in Iowa City, IA to parents Tom and Linda, whom are both teachers. He was raised in Knoxville until moving to Los Angeles at 18.

He is the second guitarist in the band Weezer, which also features Rivers Cuomo.

Brian Bell Is A Member Of