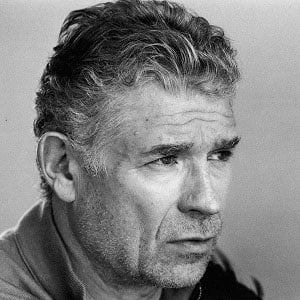 Running back who spent his first five NFL seasons with the New York Jets and was named Super Bowl XVII MVP with the Washington Redskins. He retired with 11,352 rushing yards and 104 touchdowns and led the NFL in rushing touchdowns in 1983 and 1984.

He was an All-American in football, All-State in basketball, and two time 100 yard dash state champion at Centralia High School in Kansas.

He was nicknamed Diesel for his speed and power on the field.

He married Lisa-Marie in June 1996 and he has a total of five children.

Joe Gibbs coached him and the Redskins to victory in SUper Bowl XVII.

John Riggins Is A Member Of