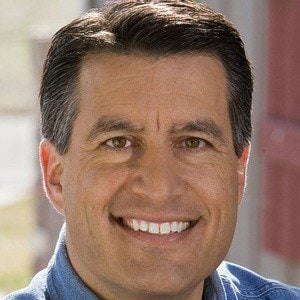 Republican politician who took office as the 29th Governor of Nevada in 2011. He has also served as the Chairman of the Nevada Gaming Commission and as the Attorney General of Nevada.

He earned a law degree from Ohio State University and began practicing law in 1999.

He received the Anti-Defamation League's 2003 "Torch of Liberty Award" for his unwavering support of the Jewish community.

He has three children, James, Madeline, and Marisa, with wife Kathleen Teipner.

He replaced Jim Gibbons as Governor of Nevada.

Brian Sandoval Is A Member Of