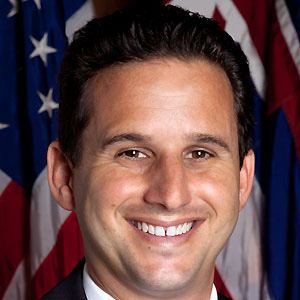 Politician and Democrat who became the US Senator from Hawaii in 2012 after serving the state as it's Lieutenant Governor from 2010 to 2012. At the time that he was sworn in to the Senate he was it's youngest member.

He studied philosophy at Pomona College before working in the non-profit sector of Hawaii.

He used to be the CEO of Helping Hands Hawaii.

He got married to Linda Kwok and has two children with her.

He was sworn as Senator by vice president Joe Biden on December 26, 2012.

Brian Schatz Is A Member Of