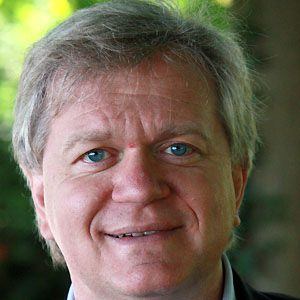 Astrophysicist who won the 2011 Nobel Prize in Physics for providing evidence that the universe is expanding at an accelerating rate. He won the Australian Academy of Science's Pawsey Medal Medal ten years before.

He earned his Ph.D. in Astronomy from Harvard University in 1993.

He is a Distinguished Professor and Australian Research Council Laureate Fellow at The Australian National University Mount Stromlo Observatory and Research School of Astronomy and Astrophysics.

He met his future wife, Jennifer M. Gordon, at Harvard.

He and Clifford Shull have both won the Nobel Prizes in Physics.

Brian Schmidt Is A Member Of