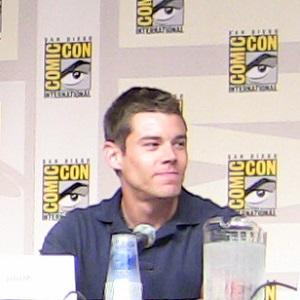 Screen and stage actor best known for his role as Matthew Scott in the science fiction series Stargate Universe and as Will Gorski in Sense8. He earned a Drama Desk nomination for his starring role in the 2013 Broadway revival of The Glass Menagerie.

After transferring from Stephens College in Missouri, he earned a bachelor's degree from the renowned Juilliard School in New York City.

He played the role of Turk in the 2008 Broadway production of Come Back, Little Sheba.

He was born and raised in the Dallas suburb of Allen, Texas.

He and film and television actress Nicole Beharie were classmates at the Juilliard School.

Brian J Smith Is A Member Of