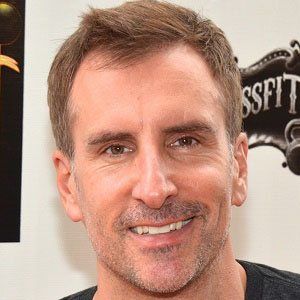 Notable for co-hosting the educational programs Wired Science, Some Assembly Required, and How the States Got Their Shapes, he is also well known for his work as a producer and correspondent on the comedy news program The Daily Show. In addition, he acted in episodes of It's Always Sunny in Philadelphia and Reno 911!

Before beginning his career, he earned a degree in communication from Ohio University.

He served as a commentator for the National Public Radio programs Day to Day and All Things Considered.

The son of Richard and Eleanor Unger, he was born in Dayton, Ohio, and raised in Granville, Ohio.

He served as a host of the MSNBC program Countdown with Keith Olbermann.

Brian Unger Is A Member Of

Me, MYSELF & I
Ohio University
57 Year Olds
TV Show Hosts