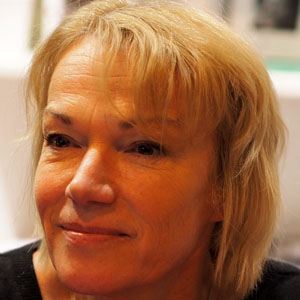 French radio talk show host, actress, and former adult film actress who performed in X-rated films from 1976 to 1980. She began her career one year after hardcore adult films were legalized in France.

Her career began when she was 15 with a small role in Africa Erotica.

She decided to end her adult film career, despite it being more successful than ever, and appeared in the more traditional film I as in Icarus.

She was born and raised in Tourcoing, France.

She co-starred with Helmut Berger in the 1988 French slasher film Faceless.

Brigitte Lahaie Is A Member Of