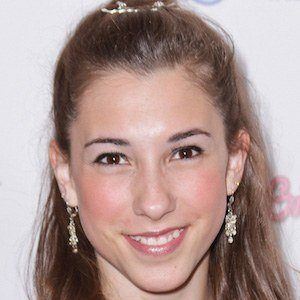 Dancer known for her various TV appearances. In 2014, she appeared as a back-up dancer for Will Smith at the Nickelodeon Kids' Choice Awards.

She began dancing at the age of 3. At the age of 7, she discovered her love of the Hip-Hop genre, and by 9 years old, she joined her first dance studio.

She has appeared in commercials for Nickelodeon and Coca Cola as the lead in each. In 2012-2013, she appeared as a lead character in the TV series Spirits.

She was born in Colorado. At age 11, she and her family moved to Los Angeles.

She starred alongside Lia Marie Johnson in Spirits.

Brittanie Brant Is A Member Of