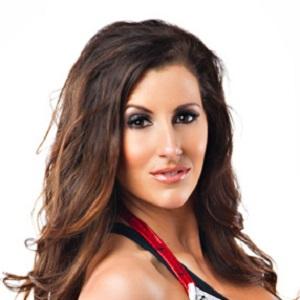 Best known as one of the top 50 women professional wrestlers in the world and the first ever woman to hold the Florida Cruiserweight Championship. In 2010, she was the valet for Orlando Jordan in Total Nonstop Action Wrestling for a few episodes.

She was born in Belleview, Florida (near Ocala) and her first match was in Granite City, Illinois for High Voltage Wrestling, her dad's company.

She received the Future Legend Award from the Cauliflower Alley Club in 2014.

Her father is a retired wrestler who wrestled under the name "TNT" Keny G. She has seven siblings, including five brothers and two sisters.

She defeated Gail Kim in a March 13, 2014 episode of Impact Wrestling.

Santana Garrett Is A Member Of