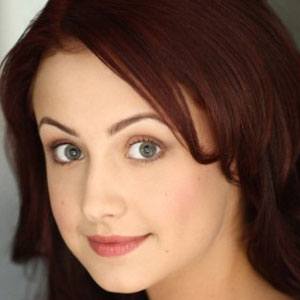 Canadian actress who played Lauren Slayton in the series Dinosapien in 2007. She also voiced the character Mary Test on the animated series Johnny Test.

She started acting in commercials and landed her first speaking role in Disney's So Weird when she was seven years old.

She has voice acted as Mattel's Barbie and Polly Pocket.

She grew up with family in Chilliwack, British Columbia, Canada.

She co-starred with Erik von Detten in the series So Weird.

Brittney Wilson Is A Member Of