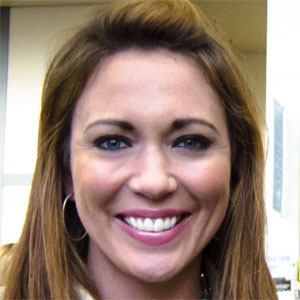 News anchor and host of CNN Newsroom who also worked for HLN and was a conrtributor to Rick Sanchez's Rick's List in 2010.

She studied Spanish and journalism at the University of North Carolina at Chapel Hill.

She worked for television news shows in Charlottesville, Virginia, Charleston, West Virginia, and Washington, D.C., before becoming the anchor for CNN Newsroom.

She hosted a 2012 music show called Soundcheck that featured such artists as Janelle Monae and Wilco.

Brooke Baldwin Is A Member Of