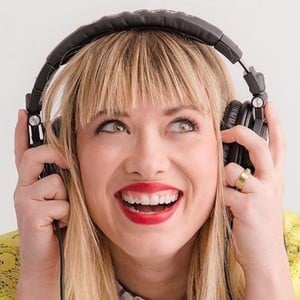 DISH Nation radio host who made up one half of the Seattle morning show Brooke & Jubal with comedian Jubal Flagg and later became a host of Brooke & Jeffrey in the Morning. She previously worked with KKZR-FM in Portland and was a voice on the all-female drive show on KZZU-FM.

After receiving her degree in broadcast journalism from the University of Montana, she intended to join the television production industry. However, after odd jobs as editor, photographer, live truck driver, and technical director, she found her calling as a sidekick on a Spokane morning show.

Active in charity, she became a spokesperson for both the Komen Foundation and the American Heart Association.

She met her husband, Michael, through work and they quickly bonded through their shared a last name. Deeming their union fated, they married in 2012 and later had one daughter.

She was named one of the Top 25 Most Beautiful People in the Northwest alongside superstars like Ryan Reynolds and Isaiah Mustafa.

Brooke Fox Is A Member Of