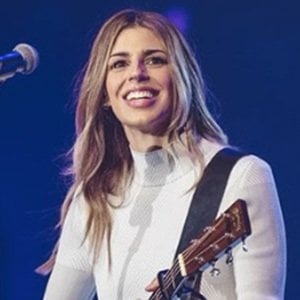 Singer who has become an acclaimed voice in Christian pop with releases like Albertine (2006), Flags (2010) and Brutal Romantic (2014). In 2018, she won a Grammy for her work on the Hillsong Worship song "What a Beautiful Name."

She grew up in Naenae, New Zealand and took piano lessons from ages 7 to 17.

In 2011, she won New Zealand Music Awards for People's Choice, Best Pop Album and Single of the Year.

She married Scott Ligertwood and has children named Dylan and Rooney. She has brothers named Shea and Matthew.

Her song "What a Beautiful Name" was produced by Michael Guy Chislett.

Brooke Ligertwood Is A Member Of