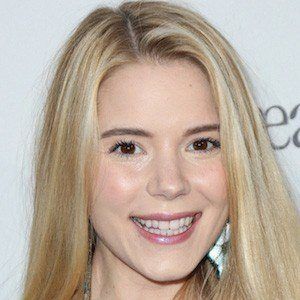 Television and film actress, she is best known for her role as Angelique Welch on MTV's Awkward.

Her first onscreen role was in a guest starring role on 7th Heaven as Marsha Chalker in the episode "Busted."

She was in the Renee Zellweger penned television movie called Cinnamon Girl.

She was in MTV's Awkward alongside Ashley Rickards.

Brooke Anne Smith Is A Member Of