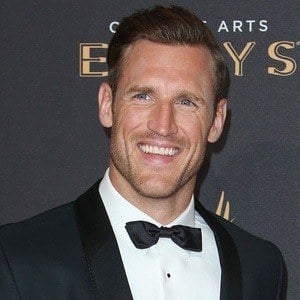 NHL center who was drafted 193rd overall by the Ottawa Senators in 2001 and became an alternate captain on the Washington Capitals.

He played in the Western Hockey League and earned a silver medal for Team Canada in the 2003 World Junior Championships.

On his way home from an elimination game loss in the 2010 playoffs, he stopped to help two stranded Capitals fans change their tire, which earned him a nomination for Sports Illustrated Sportsman of the Year.

He was born in Wawota, Saskatchewan, one of the children of a high school teacher father. He married Julianne Hough in 2017. Hough filed for divorce on November 2, 2020. He and Katrín Davíðsdóttir later began dating.

He came over to the Capitals in the same deal that sent the team's winger Peter Bondra to Ottawa.

Brooks Laich Is A Member Of