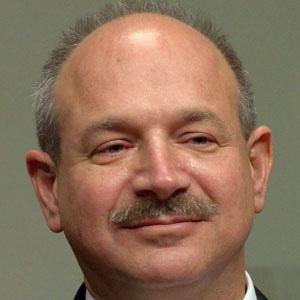 Geneticist who received the 2011 Nobel Prize for Physiology or Medicine for his discoveries concerning the activation of innate immunity. He is a member of the United States National Academy of Sciences and the Institute of Medicine.

He received his M.D. degree from the University of Chicago when he was 23.

He worked as an Assistant Investigator at the Howard Hughes Medical Institute.

He has three children with his former wife Barbara Lanzl.

He and chemist Dudley R. Herschbach both became recipients of the Nobel Prize.

Bruce Beutler Is A Member Of