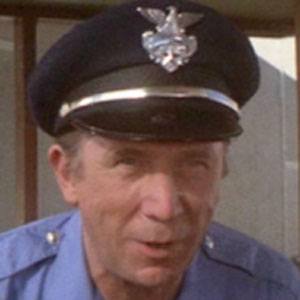 He portrayed Sergeant Kramer in Columbo, which starred Peter Falk. He also appeared in Crash and How to Frame a Figg.

He appeared in the TV series The Defenders early in his career.

He guest-starred on an episode of The West Wing.

He had two children, and married Rosalyn Heischuber in 1976.

Bruce Kirby Is A Member Of