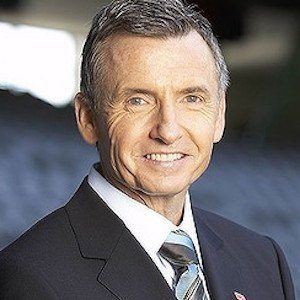 He is known for his work broadcasting Australian rules football matches as well as the Olympics starting in 1980.

He was inducted into the Sport Australia Hall of Fame in 2002.

He has two children, Alexandra and Sam.

His versatility and involvement in Olympic broadcasting has drawn comparisons to Bob Costas.

Bruce McAvaney Is A Member Of