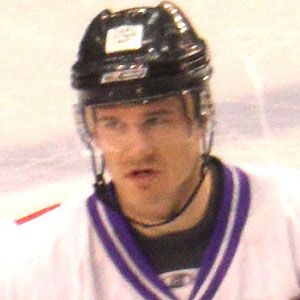 Retired hockey centre who played for teams several teams, including the Chesapeake Icebreakers and Nottingham Panthers, during his 19-year hockey career. He later became a head coach with teams like the Braehead Clan and Chateauguay Patriotes.

He was born in Montreal and began his career with the Sherbrooke Faucons in the Quebec Major Junior Hockey League in 1993.

He won the Aladdin Cup as a player-coach for the Braehead Clan, earning him the Ice Hockey Journalist's Elite League Coach of the Year Award.

He married a woman named Julie, with whom he has a son named Blake.

He was coached by future Stanley Cup-winning NHL head coach Bob Hartley during his time with the Hershey Bears.

Bruce Richardson Is A Member Of