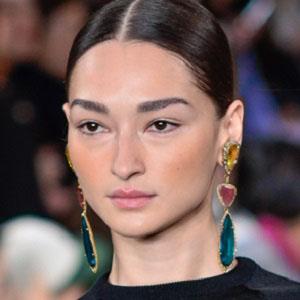 Famous for her advertising campaigns for fashion brands such as Gap, D&G, and Vera Wang, she is also notable for her cover shoots for Elle and Vogue, as well as for her runway work for such designers and fashion houses as Versace, Louis Vuitton, and Dolce & Gabbana.

Shortly after beginning her modeling career, she made Style.com's 2006 list of up-and-coming fashion stars.

She secured representation with Ford Models in her native Brazil; Storm Models in England; and Women Model Management in the United States, Italy, and France.

She was born in Maceio, Alagoas, Brazil, to a family of both European and Indigenous heritage.

In one of her first Fashion Week shows, she walked for designer Christian Dior.

Bruna Tenório Is A Member Of