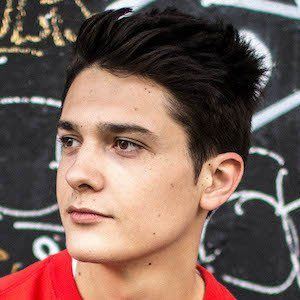 Better known by the stage name Kungs, he is a French DJ and musician widely recognized for his work on the hit single "This Girl" off his album Layers, which enjoyed international success and went double platinum.

His musical journey began at the age of five when he started playing a djembe given to him by his parents. He then began composing his own work at the age of seventeen.

In 2016, he released the popular single "Don't You Know" which featured Jamie N Commons.

His father infused him with a love of classic rock, raising him with everyone from The Who to The Kooks.

He is known for composing popular remixes of Lana Del Rey's "West Coast" and Bob Marley and the Wailers' "Jamming."

Brunel Valentin Is A Member Of