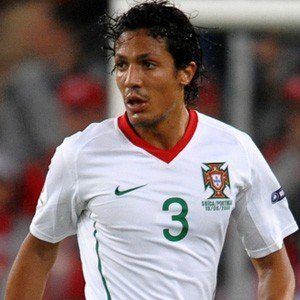 Portuguese professional soccer player who played for Fenerbahçe S.K. in Turkey and the Portuguese national team. As of 2013, he has scored 29 goals in his career.

He joined the youth ranks of F.C. Porto at the age of 16.

He represented Portugal at the 2010 World Cup and in two European Championships.

He was born and raised in Portugal.

He and Vitor Baia are both professional soccer players from Portugal.

Bruno Alves Is A Member Of