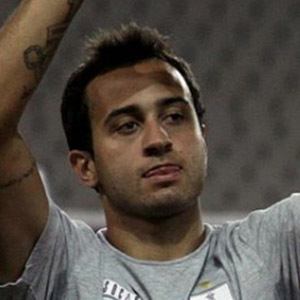 Wing defender who has gained fame for his club career in leagues the world over, including in Azerbaijan Premier League for Neftchi Baku between 2012-2014. He won the league title with the club in 2013, and helped the squad to 2 consecutive Azerbaijan Cup titles in 2013-2014.

He made his professional club soccer debut with Corinthians in 2009.

He contributed to the Brazil U-20 squad's runner-up finish at the 2009 FIFA U-20 World Cup. He won the Copa do Brasil in 2009 with Corinthians during his rookie season.

He and Matheus Matias both rose to fame playing for Corinthians.

Bruno Bertucci Is A Member Of