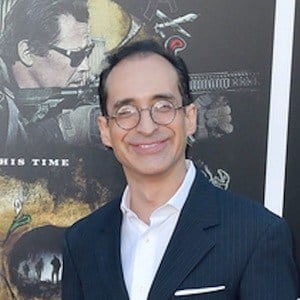 Known for his roles in such telenovelas as Amor en Custodia and Háblame de Amor, this Mexican actor is perhaps most famous for his Ariel Award-winning performance in the 1994 film Principio y Fin. He received Ariel nominations for his roles in numerous other films, including El Patrullero and El Evangelio de las Maravillas.

He made his screen debut at age sixteen, appearing in the American movie Under Fire.

He grew up in Mexico City in a family of Lebanese descent. His mother, Maricruz Nájera, and father, Alejandro Bichir, both had acting careers, as did his brothers Demián and Odiseo.

He appeared with Maria Rojo in the acclaimed 1989 film Rojo Amanecer.

Bruno Bichir Is A Member Of