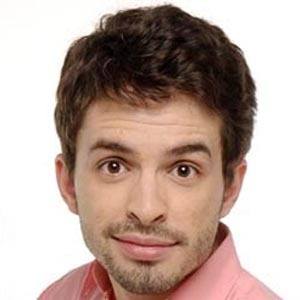 Award-winning comedian notable as one of the pioneers of stand-up comedy in Brazil who also helped create many comedy shows for Rede Globo and MTV, such as Furo MTV. He was the presenter of the Brazilian version of The Soup. He's had comedy specials on both Comedy Central and Netflix.

His professional career as a comedian began around 1996. In 1998, he won a Multishow Comedy Award and he also worked at Hollywood Studios in Disney World.

He has been a recurring guest on talk shows such as Danilo Gentili and Jo Soares. He set a world record after performing a 38-hour show.

He was born in Belo Horizonte, Minas Gerais, Brazil.

He starred in the Brazilian version of an original Broadway show created by Colin Quinn and Jerry Seinfeld.

Bruno Motta Is A Member Of