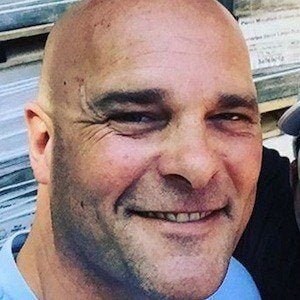 Canadian television personality best known as the host of HGTV Canada shows like Disaster DIY and House of Bryan, the latter of which became the highest-rated series in the network's history. He has also been a judge on the show Canada's Handyman Challenge.

He ran an air cargo business from 1995 to 2003 and became the President and CEO of Baeumler Quality Construction and Renovations Inc.

For his work as a presenter, he received the Gemini Award for Best Host in a Lifestyle/Practical Information, or Performing Arts Program or Series.

He married Sarah Baeumler, with whom he has children named Quintyn, Charlotte, Lincoln and Josephine.

He and Mike Holmes have both been judges on Canada's Handyman Challenge.

Bryan Baeumler Is A Member Of