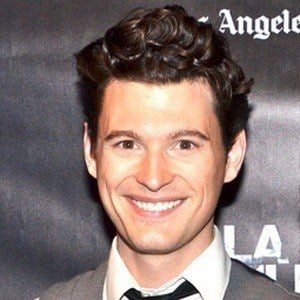 American television and voice actor who rose to fame after appearing as Eli Chandler on the 2012 series Jane by Design. In 2014 he was cast as Dan in the horror feature The Remaining.

He attended New York University, where he studied acting.

In 2016 it was announced that his voice and likeness would be featured in the video game Detroit: Become Human.

He is from Salt Lake City, Utah. He married actress Amelia Rose Blaire in June of 2018.

He was cast on the series Jane By Design which starred Nick Roux.

Bryan Dechart Is A Member Of