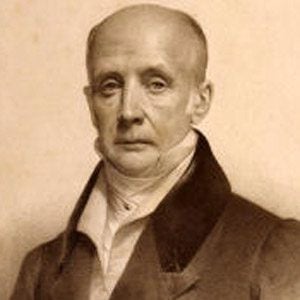 British engineer who invented and perfected a number of machines, including ones for printing and performing math calculations.

At the advice of his father's engineer friend, he took an apprenticeship to learn engineering.

He perfected the Fourdrinier paper making machine and its principles are used in papermaking machines to this day.

His father Ludwig Fick died early, and he went to live with his uncle.

He worked with Charles Babbage on the difference engine, a prototypical computer.

Bryan Donkin Is A Member Of