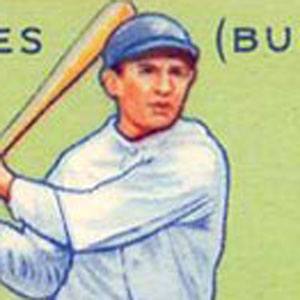 MLB player who hit over .300 during his 17-year career with the Washington Senators and Boston Red Sox.

He would agree to play professional baseball only if he was allowed to finish his education at Mississippi A&M.

He had two sons with his wife Minnie.

He played most of his career with the Washington Senators, the only Hall of Fame pitcher Walter Perry Johnson ever played with.

Buddy Myer Is A Member Of